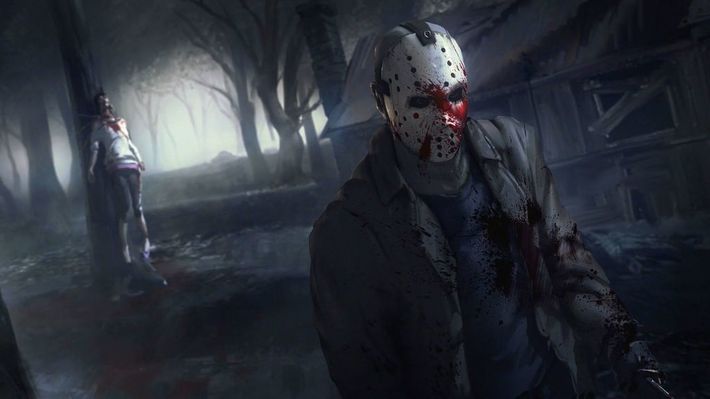 "So, you wanna know about The Butcher? That guy in Windhelm, he's nothing but a fake. Some star-crossed widow trying to get back what's already lost. Now, if you want to know about the 'real' Butcher, there's someone to be afraid of. Inhuman, no fear, hard to kill, like some god - or maybe even a devil - decided to channel Oblivion on Nirn into someone. That's the real menace, and if you've got the balls, I could tell you all I know about him..."

Greetings, sera. Blackblood here with a Mini-Event Build for the Halloween event. This is an idea I've had in my cranium for about two months now: The concept of a serial killer in Skyrim, like the ones you see in those slasher movies. More speficifally the big three from Friday the 13th, Holloween and Nightmare on Elm Street. The murderers from these series were superhuman, unfeeling, and absolutely terrifying for their victims. In this build, I wanted to take something from these killers, throw them on a character in Skyrim and see what happens. This build is a resultant of that, so without further ado let's get started shall we?

Keep in mind, this is an Ordinator build! 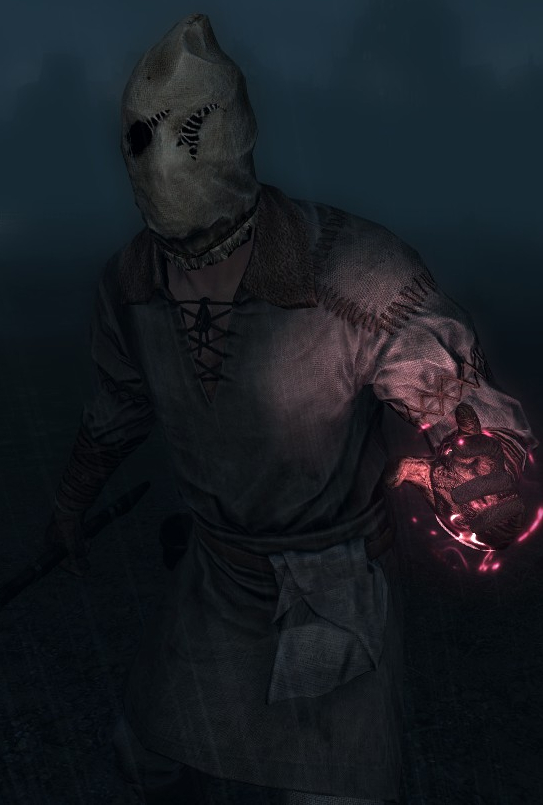 Race: Nord
"He's probably a Nord, only type of person I know that can incite that blood-curdling fear on command are those guys. You know, when he gets surrounded they say he unleashes a burst of terror, and everyone just up and loses their guts. Just run away terrified. Only Nords can do that naturally."

Standing Stone: Lady
"There have been times when people got hits in on him. They never last though. He's got... something in him, makes him come back from some pretty auful wounds. No, nothing short of a good Destruction spell will finish him off."

Quests: "The Taste of Death"
"And now we got rumors that he eats people too. Figures himself some kind of chef, and us people are like cuts of meat to him. Makes me wonder if he's not in good with the Coven of Namira..."

Att. Spread: 0/1/0.
"The bastard's hard as hell to kill too. It's not just the regen, tho that helps. It's his body. He's just a big, meaty bastard. He took an arrow to the face one time, shrugged it off, gutted the poor archer a few steps later."

One-Handed
"The witnesses who survive an encounter with him all say the same thing, he always wields some axe or another. Differing accounts shift between either a basic Woodcutter's Axe or an Orcish War Axe, but it's always bloody in the end."

Illusion
"The fear this man exudes, it ain't normal. I've seen diehard guardsmen from Skyrim get sent fleeing. They shouldn't be scared of some punk with a sack over his face."

Enchanting
"Seriously, that's what he wears, along with a set of chef's clothing. No armor, no shield, just his axe. So what is it that makes him so powerful? Me, I think that his gear is more than meets the eye. Especially with that axe; from what I've heard, it's just as hungry as its owner."

Alteration
"There's also the fact that, despite wearing no protection, he's still hard to kill. Attacks that should cut through him end up losing their strength on him, like they were being repelled or something. I wonder what monster he sold his soul to for that kind of protection..."

Sneak
"Of course, this all assumes you ever get a shot at him. A lot of people say they never hear him coming; that he just shows up and puts an axe through your skull. A guy that big, you wonder how he manages to sneak all over the place." "How he fights? Hard to say. Most people who go against him in battle don't survive to tell the tale, and the few that do are too scarred
to give any sort of useful information. Still, with enough hounding and by filling the blanks myself, I think I got a good idea of how the
bastard likes to do his work. He'll usually try to sneak up on someone, get in as many kills as possible. He can use that stealthy magic from Illusion to make himself hard to get to, but eventually he'll slip up. When that happens you'd better run, cuz he's about to throw caution to the wind and put an axe through your head. And if you ain't afraid yet, he'll make sure you will be."

...Built-in story aside, combat as The Butcher is very simple. Start out each conflict with stealth and aim to take out as many enemies as possible before being detected, at which point you go out and start chopping heads. Should you find yourself in danger in any way use Fear spells to relieve some of the pressure. With Lamb to the Slaughter, you can doom one enemy to certain death, and the others will be weaker due to Terror causing them to drop their weapons.

Your targets are humans, so try not to bother with anything else unless it's absolutely necessary (like in Namira's quest). Of course, as long as it's a human, it can be whatever you care to hunt, be it bandits or necromancers. And always remember to stalk your prey at night. You can be as mild-mannered as you'd like during the day, but when night falls you should be out in the darkness looking for your next victim.

Your survivability comes from three main sources: High health, high regen, and Energy Shield. You gain high health from putting all of your attribute points into health, as well as choosing health in Alter Self: Attributes. High regen comes from the Lady Stone, your enchanted gear, as well as feeding with the Ring of Namira. The Ring also gives you 50 extra points of health. The Energy Shield perk from Alteration will reduce damage by 35% while you're wearing chest clothing and no armor.

Energy Shield drains magicka equal to the damage that was reduced, and loses effectiveness past 50% of your base, but taking the Vancian Magic perk solves this. This perk causes your magicka to become effectively infinite, and allows you to cast "any' spell in the game for no magicka, but you will be restricted to a certain number of spells you can cast until you sleep in an owned bed or an inn, and if you run out your magicka will immediately hit zero. So don't use all of your Fear spells up too quickly, or you'll lose that 35% damage protection.

You'll want to put Fortify One-Handed on your gloves and boots, and fortify Health Regen on your chest and necklace. You can put whatever you'd like on your headgear. your axe will have an Absorb Health enchant, and that'll help with your regen. The headgear can be any clothing that completely obscures the face, but I recommend the tan Execution Hood, as seen in the screenshots.

Here are some recommended mods (mostly for PC users) to help with the RP experience:

And that's the build ladies and gents! So glad to finally have posted another build. Playing this myself, it was pretty fun to throw Fear spells at people and have them run away in terror, and should you decide to play this build yourself I hope you have as much fun letting out your inner psychopath! "So there you have it. He sounds like quite the monster, doesn't he? Truth is, I've been hunting this man for years now, and I've tracked him down here in Skyrim. I've even found the location of his hideout. I plan on hitting him, but I'll need some backup. If you're interested, you should come by my base so we can discuss a plan of action. It's in the swamp in Morthal, hidden in an old well surrounded by tall rocks.

Oh, and don't mind the blood and bones at the entrance... *smirk*"