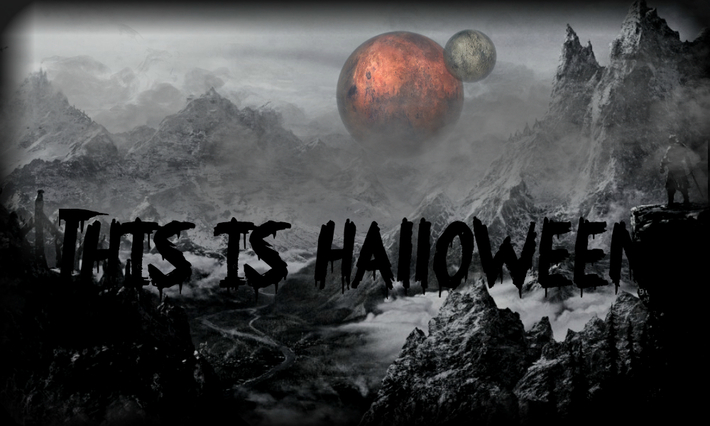 Hello everyone! Welcome to the spookiest, scarriest build event to be seen here on the Skyforge. The idea for this one is to give everyone some fall/Halloween fun in Skyrim for the month of October and beyond. In this event, you'll be called to explore your favorite creepy folklore, myths, and legends and translate them into the world of the Elder Scrolls.

We realize we have another build event going at the moment, and everyone is a bit crunched for time, but fear not! We have here for you a solution. This build event is a "mini" build event, meaning that your characters don't need to be near as in-depth as you might usually do. To make it easier on all of you, we have pre-built a specific format for all of you to follow so you don't get caught up trying to condense your material. We've tried to make this the easiest building experience for you so we can get everyone who wants to join into the event.

This will be a lot more formated than our other build event, and it's much more specific too. That way you can get to creating more quickly.

* In order to be counted as part of the "This is Halloween" event, you'll need to submit your build somewhere in the range of October 1st - October 31st. Keep in mind you do not have to wait. You can submit ANY time beteween now and the end of this month

* Since there are some pretty common myths and legends people might choose, we want to avoid repeat builds. Because of this, all builds must be based off of different creepy Halloween monsters

* Your build must be a MINI build, meaning a condensed version of what you perhaps normally would do. Try to keep things short and sweet. In order to help you out with this, builds in this event will (roughly) follow this format:

- Backstory
- Skills/Perkspread
- Combat Style
- Extras
If you have any questions on this one just let me know. I'm not going to be nitpicky about the exact format, it's just something to ensure you all keep this build as succinct as possible, due to limited time as I said.

Registration is simple. Just leave a comment below if you would like to paticipate, and I'll add you into the list below. Be sure to mention the general concept of your build. It doesn not have to be an official title, but as mentioned in the rules we want to keep everyone's builds based off of different creatures and monsters, so be sure to include that in your reguistration request.

The Skinwalker Build - Lee Fiskillis submmitted the first build to this event, and if any of you are confused on what I meant by "mini-build" looks like, this is it.

Percival - The Reaper of Souls

Ramses - The Figure in the Dark