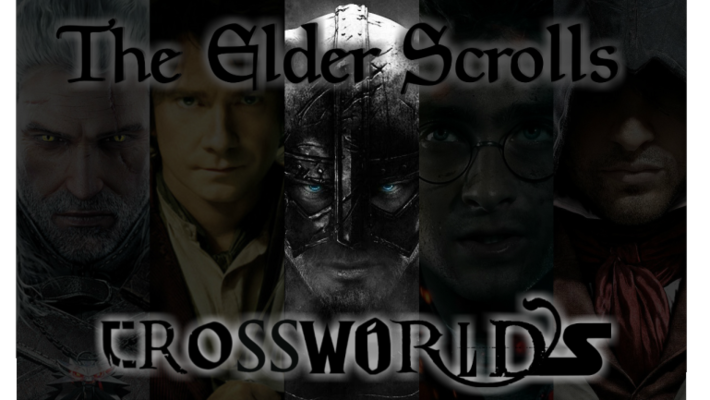 The Plane of Mundus is home to our beloved Tamriel as well as many other continents that have yet to be explored. However, Mundus is not the only Plane of existence. The Daedric Realms or the Realm of Aetherius are well known in Tamrielic lore, but what if there were other Planes that have yet to be explored by any Tamrielic soul, living or dead? In this event, we explore entirely new concepts from entirely different fantastic series’ from worlds beyond that of the Elder Scrolls. Whether they be books, movies, TV series, or anything in between, there are countless other brilliantly crafted worlds with countless brilliantly crafted characters inside them waiting to be explored. Now, however, it's their turn to explore the land of Tamriel.

In this event, participants will be bringing a character from another of their most beloved worlds, whether fantasy in nature or otherwise, and translating that character into the world of The Elder Scrolls. There’s a catch though. These characters can’t simply be plucked from their own realm and dropped onto Tamriel. No, they need a full Elder Scrolls makeover if they’re going to journey through the lands of Skyrim. You’ll need to make everything about your character fit into the Elder Scrolls universe as seamlessly as possible, and you won’t be allowed to make any direct references to your character or their world until the very bitter end of your build. Otherwise, this is an event with unlimited possibilities in which you can fully bring two of your favorites worlds together.

With no more hesitation, let’s get straight into the rules for this event …

*You’ll have roughly a month and a half to complete your build for this event, which runs from February 1st - April 15th.

*You cannot make any direct references to who your character is based off of until the very closing remarks of your build. You can also choose to leave it entirely open for readers to guess.

Feel free to use any past builds on the Skyforge as references if you are new or just want to try a new style!

Chris Diokno - The Seraph of the End

Kendrix Trixie - The Lord of the Elements

Lee Fiskillis - The Witch With No Face

of 7 Next
This reply was deleted.